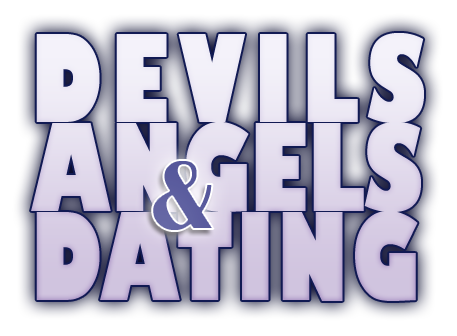 How's it going my gumdrops? In case you did not check your e-mail inboxes or spam and in case you have not noticed, only 1 blog was published over the last 2 weeks. Some of you may have wondered, "Hey Anna! What's going on?!"

When I was in the middle of using my Dell laptop 2 weeks ago, it said my battery charge was low. Before I could do anything, it suddenly shut down.

Then, 2-3 days later, after I had JUST published Song Saturday: Alanis Morissette's Your House, my Toshiba laptop gave the same reading and shut down. Therefore, I was unable to publish more blogs these last 2 weeks.

Because the last 2 Song Saturday and Cartoon Sunday blogs were delayed, I thought I would share this delayed Cartoon Sunday blog with you today. Originally, I meant to share this on the 12th. Michael Cawood's animated short, Devils, Angels, & Dating shows an interesting portrayal of Cupid, Death, and the devil.

These 3 characters may not be teenagers (considering how old they are), although this animated short somewhat has that juvenile vibe to it. Anyway, here is Devils, Angels, & Dating for this delayed Cartoon Sunday blog.