What Primetime Shows Will You Be Watching This Fall? 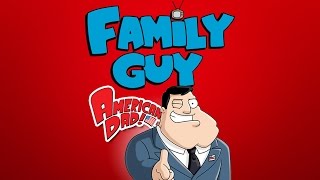 How's it going my gumdrops? We have now reached the middle of August. It is only a matter of time until it is fall and winter, again. I dread the thought of having to rake leaves and shovel snow all over again. While some people hate the summer, I love it. I love having been born on the cusp of summer, wearing less clothing, and having to do less yard work.

Not having school for 2-3 months (that was if I did NOT have to make up classes in summer school) and a vacation from sickening classmates, teachers, and professors were the best parts about the summer, when I was a student.

Not having TV shows to watch besides fighting and killing bugs have always been major disadvantages about the summer.

As much as I LOVE the summer, it kind of sucks not being able to watch your favorite primetime shows. Just think about it.

TV viewers have to wait 2-3 months, if not longer to watch weekly premieres of our favorite primetime shows. That's if those same shows did not already get canceled.

With the current state of my TV schedule, I only have 3-4 primetime shows to watch during 2017-18, now that Sleepy Hollow, Grimm, and The Real O'Neals have been canceled.

Viewers may not have already noticed that the writing for The Real O'Neals, Sleepy Hollow, and Grimm became too political. This most definitely applies to last year's shows in general.

Since 2016 was an election year, it was as if Hollywood screenwriters at Fox, NBC, and ABC needed to drag in divisive topics such as illegal immigration, homophobia, racism, the 2016 election, and other political topics into their storylines. It can be argued that The Real O'Neals was already political.

The Real O'Neals was an ABC sitcom about a socially inept, homosexual, teenage boy, who came from an Irish Catholic family in Chicago, IL. Before premiering, this sitcom was considered to be "offensive" towards the GLBT, Irish Catholics, and Christians in general.

Considering that The Real O'Neals was being targeted, before its premiere last year, Noah Galvin made a bad situation worse for himself and the entire cast of the show. Had Galvin NOT insulted other homosexual actors from other primetime shows and networks, he probably would've still had a protagonist to play, this season.

Meanwhile, Sleepy Hollow and Grimm were not necessarily meant to be political shows. Both shows were Horror and Supernatural Dramas with Police Procedural themes. Out of the 2, Grimm was my favorite.

I hated that the writers wasted too much time focusing on Nick and Juliette's on/off again relationship. This was along with making the show more about everyone else except the protagonist, Nick Burkhardt.

Also, the last 2-3 seasons wasted time politicizing Grimm by having Captain Sean Renard run for mayor. Much like Sleepy Hollow, Grimm had to focus on the 2016 election.

Even though Grimm was a Police Procedural Drama, it was about exploring different folklores. Had the writers spent more time focusing on international folklores rather than politics, I believe Grimm would've lasted longer.

The show's writers alienated their own viewers because of the way they wrote Grimm the last 3 seasons. Actually, I'm surprised that Grimm made it passed 1 whole season on a network like NBC. Sleepy Hollow had similar problems with its writing on Fox.

The writers of Sleepy Hollow CHEATED their viewers as soon as the Horror Drama was granted a 3rd season. Sleepy Hollow was campy, which was what I enjoyed about the show. By its 3rd season, the writing became TOO contrived like some fanboy's shitty fan fiction.

I was already annoyed, that the writers dropped the love triangle which was brewing with Lieutenant Abigail Mills, Ichabod Crane, and the bounty hunter, Nick Hawley in Season 2.

After placing more emphasis on Abigail Mills' sister, Jenny, Joe Corbin, and randomly inserting the Greek mythological character, Pandora and her supposed husband, The Hidden One, during Season 3, the show became unbearable to watch. I'm starting to believe that was probably why the actress for Abbie quit Sleepy Hollow.

How did a show like Sleepy Hollow go from having 10.10 MILLION viewers, during its 1st season to only having 2.93 million viewers by the end of its 3rd season?

Talk about pathetic! That Pandora arc was the ULTIMATE kiss of death for Sleepy Hollow's 3rd season. After the writers killed Lieutenant Abigail Mills, which was a significant character, fans stopped watching. That was if they didn't already stop watching it because of Season 3's premiere, 2 years ago.

When will the Hollywood screenwriters realize, that they are alienating their viewers by writing the most contrived storylines and heavily politicizing their movies and shows?

Politicizing shows, that were never meant to be political is the kiss of death to viewership. The same applies for contrived writing.

So, what primetime shows will I be watching this fall?

Judging by the looks of it, I will continue to watch American Dad, Family Guy, Hawaii Five-0, and Fresh Off The Boat on weeknights this fall season.

Speaking of political shows like American Dad, I have no idea when it will premiere another season. American Dad premiered its 14th season on November 7, 2016 and will have its season finale on September 11, 2017. There is no mentioning of a 15th season, right now.

Meanwhile, Family Guy premieres its 16th season on October 1, 2017. Now that Adam West and Carrie Fisher are dead, what will Seth MacFarlane do with their characters? Adam voiced Mayor West and Carrie voiced Peter's supervisor, Angela.

Seth MacFarlane had no comment on Angela's future other than saying, that Family Guy will miss Carrie Fisher.

As far as Hawaii Five-0 goes, I am somewhat unsure about its new season. The series premieres its 8th season on September 29, 2017. Hawaii Five-0's 2 Asian characters will be gone by their own doing, this season.

Daniel Dae Kim and Grace Park demanded to be paid the same amount of money as Scott Caan and Alex O'Loughlin. CBS' final offer to Kim and Park was 10-15% LOWER than O'Loughlin's and Caan's salaries. This made both regulars of Hawaii Five-0 quit.

All the while, the actor Ian Anthony Dale, who plays Kono's Yakuza husband, Adam Noshimuri will stay a part of the show's cast. Daniel Dae Kim and Grace Park have been written out of Hawaii Five-0.

Grace Park, who played Kono was JUST starting to get interesting. Since the time this Hawaii Five-0 remake premiered in 2010, I always considered Park's portrayal of Kono to be vapid. There was nothing interesting about the character.

Even after getting married to her former Yakuza husband and Kono being a crooked cop like her cousin Chin, Kono was STILL a boring character. It sounds harsh to say, but Grace Park lacks charisma. I always felt that Park should've been replaced with Maggie Q. once the remake of the Spy Action Thriller Drama, Nikita ended in 2013.

Before Hawaii Five-0's 7th season finale, Kono actually became interesting in all of 1 episode about girls being sex trafficked. Season 7 ended with her getting on a bus to track down sex traffickers and Chin was undecided about leaving for San Francisco, CA to run his own task force.

Now that Grace Park and Daniel Dae Kim left the cast of Hawaii Five-0, I don't believe too many viewers will be that heartbroken about it. Alex O'Loughlin is the star of the show and Scott Caan is the co-star.

More women are watching Hawaii Five-0 because of Alex O'Loughlin. Scott Caan was automatically grandfathered into playing Dano BECAUSE James Caan is his father.

Fresh Off The Boat:

I was worried about it possibly being canceled last season because the ratings were down much like The Real O'Neals' ratings. Fresh Off The Boat is the only primetime show I continue to watch on ABC.

Because ABC is so talented at canceling TV shows, I stopped investing time in watching most of its programming, years ago. The network loves alienating its viewers probably the most out of all the networks.

Anytime The Bachelor/Bachelorette franchise is ABC's cash cow, that says little about them as a network. With that being said, I will be crossing my fingers this fall season.

More Americans spend less time watching TV and more time streaming shows online. I have not made enough time to stream shows online, over the last 5 years. Most of my time is spent doing other things online, if not watching some shows on TV, household chores, or something else.

Anyway, what are your thoughts about primetime shows for this fall? Have you been dying to watch any?

Reply Dian
9:27 AM on August 17, 2017
I don't know what you mean by Scott being grandfathered in on H50. James Macarthur played Danny on the classic version. Anyway, Danny has become awfully annoying. I think the show is on its last legs unless the new characters are appealing and the writing at least stays mediocre.
I suppose we will watch the other slowly dying show: NCIS. They have tried to attract more diverse viewers but I really don't like the Hispanic guy. NCIS:Los Angeles seems to have a little life left.
Have you seen Sniffer on Netflix? It's in Russian with English subtitles and I find it kind of funny even though it's a cop drama. There won't be any new episodes, I guess, but it was fun while it lasted!

Reply Anna H.
9:58 AM on August 17, 2017
Thank you for your feedback, Dian! I say that Scott Caan was automatically grandfathered into being on the remake of Hawaii Five-0 because James Caan is his father and because his father played on the original TV series. In case you haven't noticed, CBS' programming consists of the most contrived shows ranging from daytime to primetime to late night shows.

Besides the fact that Alex O'Loughlin is the star of Hawaii Five-0's remake, it's mostly a platform for has been actors and actresses to make their cameo appearances. This remake always did have the most unrealistic and contrived writing. I believe that CBS keeps it on air because women are watching it for Alex and because has been actors need some acting gigs rather than being on another cliched Reality TV show.