What About My Writing And How To Handle Writer's Block? 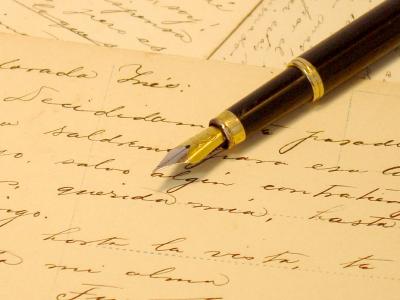 This previously published blog is my Xanga blog, from February 5 2013.

Hey everybody! About 2 nights ago, I went onto a friend's page and I learned, that she was experiencing writer's block. I will re-state what I said to her the other night.

Every writer experiences writer's block, including myself. We're not always motivated or inspired to write anything at the time. I have not written another short story in a few months because I am really focused on job hunting, along with stress from other issues.

Whenever I am writing stories, it is usually New Adult Horror/PsychologicalThriller. I will take certain parts of my life and write short stories about them. This can also be considered Semi-Fiction.

I give the characters names and make them as relatable as possible. Some twists will be added to the stories and certain characters. An idea will usually pop into my head, which will soon become my next story.

If it helps some writers, you can also write a short note, that summarizes what you plan on writing. When you do start writing, you will already have an idea about how to progress. That is basically what I do.

When ideas are actually "flowing from the pen," I can write a 10-page short story within a few hours. My chapbook has yet to be published or "self- published."

As said earlier, my work can be considered New Adult Short Realistic Fiction, Semi-Fiction, and Short Horror/Psychological Thriller. Morally depraved and comeuppance themes, which includes some negative stereotypes, misogyny, revenge, self-respect, and lack thereof can be found in some of my stories.

Because a great portion of the characters in my short stories are morally depraved, a published poet, who was my Creative Writing Professor at Carthage College once said, "You have a lot of horrible people in your stories." We both had a good laugh at what he said.

People can be horrible, if not morally depraved. That's the harsh reality, especially when it comes to American society.

Whether we are watching local, national, or world news, use the Internet, or step outside our homes onto the streets, cruel, cunning, misogynistic, and sociopathic people really do exist.

Not to sound arrogant, but after meeting people from all walks of life, I have met and endured my fair share of depraved and highly dysfunctional people. Because of those people, they help give writers like myself extra writing material.

Most critics always feel the need to say, that I have a "very morbid and pessimistic outlook on life." Those same critics labeling me as being "morbid" and "pessimistic," enjoy living in denial.

They have a tendency to believe, that everyone is his/her "friend" or happen to be naive to the fact, that not everything in life is all bunnies and sunshine.

As soon as something terrible happens in their lives, regardless if it is something incredibly petty or tragic, they either lose their minds, commit suicide, become extremely defensive with entitlement, or fear the rapture is soon approaching.

The horror of it all is too overwhelming for such critical and delusional people living in denial to fathom.

From my perspective, my so-called "pessimism" has made me a stronger person. Then again, I am also a "depressive realist."

Because I was forced to overcome adversities such as crises, health scares, tragedies, traumas, etc. that the average person may never have to experience and overcome, not always getting my way in life is something expected.

Some of these issues that I, as well as others have had to endure are generally the driving forces behind my writing.

Writing poetry was for my own catharsis. Meanwhile, writing short stories always allowed my imagination to run wild.

Hopefully what was shared in today's blog helps some of you, in case you are experiencing any writer's block.

With that being said, let me know what you think about my suggestions!