Overkill In Horror Today: Is The Zombie Craze Highly Overrated?

How's it going my gumdrops? I know I haven't published a blog, since Sunday. Since so many on Blogster are still talking about my blog regarding the main reasons why most Blogsterians leave, I haven't had much else to say. Honestly, I was not expecting any feedback about it over there.

Considering that I don't blog about snoozeworthy yet divisive topics such as politics and religion, most have ignored my blogs, these last 3 months.

I was later informed by a few Blogsterians, that most migrated to Blogster because of a site called Gretawire or something like that. I have never heard of Gretawire, until recently. Then again, it is not anythng I would rush to search.

Anyway, last night, I was on stalkbook and a friend of mine kept posting about some Zombie flick she was watching on The Syfylis Channel. According to her, it was bad.

Because most of the shows and movies on that network are so terrible, including their Zombie flicks, why should anyone like myself be surprised?

You will either agree, or disagree with what I am about to say. Personally, I feel Zombie flicks are highly overrated and they have become overkill to the Horror Genre.

A while ago, a friend suggested that I write a Zombie Story. This won't be happening anytime soon. I was never a huge fan of them.

Zombies never resonated with me. Zombies remind me of stupid drunks and townies with mental and behavioral problems wreaking havoc by vandalizing other people's property, harassing, and assaulting others.

Within this last decade, hack filmmakers only know how to create movies about vampires, werewolves, and zombies regarding Horror, if not the paranormal.

Don't get me wrong. I like the Vampire themed movies with the exception of the cringeworthy few such as Queen Of The Damned and Twilight. Ugh! All the while, there are other Horror themes, that exist and can be explored. 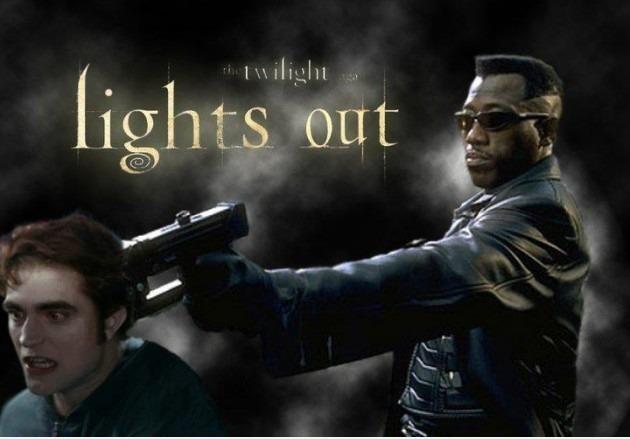 Until this very day, I never understood "The Zombie Appeal." Recently, I discussed this with some of my other friends. I understand that zombies represent anarchy and the apocalypse.

Meanwhile, brainless, dead people wandering around in a daze and eating someone else' flesh does not evoke horror in some of us Horror fans.

At least vampires can have superhuman strength, hypnotize, lure, and seduce humans. We can encounter zombies in our everyday lives.

Similar to what I already said, imagine watching stupid drunks and drug addicts, as they roam around, stealing and vandalizing property, and even meeting them at the most convenient local dive bars and clubs. Add those pod people from in high school to the clusterfuck.

We can also watch these zombies on Reality TV Shows such as Cops, The Bad Girls Club, and The Real World, to only name 3 examples.

I laugh at zombies like those for sheer entertainment. They're mostly brainless or at least share 1 brain out the pack.

I think this is why I like Slasher, Occult, Creatures, Dolls, and Vampire themed movies a lot better than Zombies. They are more entertaining and usually have more depth to them.

With Slashers, we can expect moral villains to kill the most sickening characters out of vengeance. This somewhat applies to witches. Ever watch The Craft?

Creatures and Possesed Dolls are scary because they automatically have physically frightening appearances. Most people don't know, that ghosts used to use dolls as vessels.

Before dying, Charles ("Chucky") used Voodoo to hide his soul inside a doll's body. It's amazing how a cute doll can turn so ugly, after being possessed by a dead serial killer.

Some in the past have asked me about the types of Horror Stories I have written. My characters are typically stalkers, serial killers, and scorned men and women seeking revenge.

Think about it for a minute:

Knowing that people that depraved and DEADLY can freely walk around and assimilate with other everyday people is more frightening than zombies because they really DO exist.

Simply turn on your local news. You will see and hear more horror on it more than you will in a movie or a book.

In reality, they can all be seriously more terrifying than zombies will ever be. Why? Because they are REAL.

Today's Hollywood filmmakers and writers should return to their drawing boards and start writing again about SIMPLE SCARES. We can find fear in just about any and everything.

Why limit ourselves to overused and highly overrated cliche themes about ZOMBIES?

Reply Raymond Hossenfeffer Federle
8:04 AM on January 24, 2014
Well, I guess they keep making those movie because that's what sells. I mean, you don't want to spend a kajillion dollars on a movie that tanks, right? It does sadden me a bit though that serial killers and kiler clowns from outter space have taken a back burner to the re-vamped classic monsters. Now there's a new one coming out "I Frankenstien". I do think all the vamps, wolves,mummies and paranormal stuff IS on the wane. So maybe soon we'll get back to rabid dogs, Jason Voorhies and the like. Do not despair my friend! One road always leads to another and often without travelling those paths that some of us didn't want to walk down we would have never gotten to where we WANT to be.

Have a good day!

Even though these monster movies sell well, they have become too gimmicky and trendy, along with the CGI abuse. Back in the old days, monsters weren't this glorified, including zombies. Nowadays, they have to make TV shows and video games about them. I will admit, I do like watching that Monster High cartoon, whenever its aired on Nickelodeon (which is rare). At the same time, monster movies, including zombies have started desensitizing its original audience because it has been done too much within the last 13 years. Zombie movies are so overdone, that MTV was making The Real World parodies about zombies, not too long ago. LOL!

Still, I never understood The Zombie Appeal. I like Rob Zombie and his old band, White Zombie. Other than them, I'm not a fan of the Zombie Sub-genre. Watching Zombie movies turns me into a zombie because I'm so bored watching zombies. LOL! Anyway, thanks for stopping by!

Reply Scott M
11:52 AM on January 26, 2014
With all due respect. As much as I hate politics, I don't think the issues that are destroying this country are snoozeworthy. I'd rather not talk about them, but to not give a shit is not part of who I am. So, as much as it sucks.. I'm glad some people do say something. To not do so, just makes you a willing victim.

So far as Zombies go... I like them, but agree completely with your post. I'm also sick of the Vampire culture

Reply Anna H.
7:58 PM on January 26, 2014
Hey Scott! It's not that I think the issues are destroying the country, it's the people, who love OPPRESSING other people's political and religious views. We all know they exist. However, it's draining having to listen to people, who aren't politicians arguing over who's political views are right and wrong. It's been about 8 years, since the time I graduated from college. All throughout Bush Jr's terms, almost everybody and their dogs felt they needed to go on talk shows, make political shows, movies, music, cartoons, etc. droning on about their hatred for them. It was so bad, I quit DJ'ing because I was sick of mainstream music from every genre I liked, making their I hate George Bush songs. What made things worse for me, personally besides the post 9/11 racism, was my last English professor. My final semester, he made us do a classroom assignment where we had to write a poem, blaming Bush for Hurricane Katrina. As much as I like and respect him as an English professor, I thought he was out of line. He oppressed other students' views with his own hatred for Bush and Conservative Republicans. In a nutshell, he was grading us on how we could express our (which was really HIS) hatred for our last president.

Anyway, debating politics creates more drama and ruins more relationships than anything. I've witnessed this with my own 2 eyes over this past decade. I've also lost some friendships over it. The biggest problem on Blogster is that there are WAY too many political posts on that site. Those of us, who want to blog about other topics, that have NOTHING to do with politics, gets shoved to the bottom and ignored because our entries are NOT political. Most American Blogsterians must remember, that Blogster has bloggers from other countries and don't want to fight over political views. Besides Blogster's glitches, the Blogsterians acting like they're politicians drive other people away. Some of my Xangan friends/subscribers joined me on Blogster and want to leave. People's political views can hurt any and everything. They have even ruined businesses.

Reply dw817
6:04 PM on February 17, 2014
I believe that zombies is an attempt to justify murder of humans - something several people desire to be seen. By calling them a zombie, you have the right to blow their head off with a sawed-off shotgun and not be arrested for murder.

I can't think of any other purpose for 'zombies' other than that, a free hand to mass murder.
BTW, for others, her Writer's Cafe page can be found HERE:
http://www.writerscafe.org/RealistMe

Reply Anna H.
8:00 PM on February 17, 2014
I don't exactly think a zombie's purpose is really an excuse to commit murder. If anything, I think zombies are an excuse to be brainless. BTW: Thanks for posting my Writer's Cafe page! I also have it listed under the Links section of my website, along with several other accounts.