What Are My Thoughts About Audiobooks & Soundtracks As An Aspiring Author? 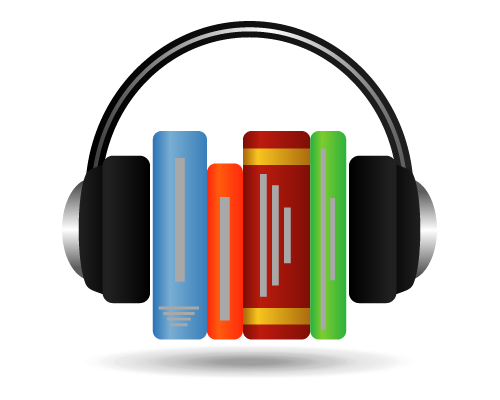 How's it going my gumdrops? In case you didn't already notice, last week, I added the introduction to "All Of Chastity's Men" to my "Horror/Thriller" page. Now, you get to read its introduction.

Outside readers are unable to read the "Horror/Thriller" page. If you want to read the introduction to "All Of Chastity's Men," you must join It's Not All Gumdrops & Unicorns for FREE.

When you have the chance to read the introduction, please let me know what you think!

Meanwhile, I read an informative article on The Creative Penn about audiobooks being the future trend in self-publishing.

Audiobooks: Tips For Distribution With ACX And Marketing Ideas

The thought of this is a great idea! If someone happens to be a self-publishing author, this can be of some benefit. People don't always have the time and energy to sit down and read a physical book.

Also, we should consider, that not everyone enjoys reading. Therefore, an audiobook can possibly attract a bigger audience consisting of both book readers and non-book readers.

Don't get me wrong. Even though my current chapbook is bound yet unpublished, I plan on having it expanded, revised, and rebound for publishing.

At the risk of sounding cheesy, I keep my chapbook stashed on the side of my bed. It's there as a reminder of my past and future accomplishments.

Aside from that, I want the next version of my chapbook to be rebound in a smaller hardcover and converted into ebooks and audiobooks. My chapbook would include a soundtrack. Think about it! Doesn't that sound like a cool idea?

After all, some popular stories and movies have audiobooks. The same applies to Manga (comic books) in Japan.

Some of the most popular "Light Novels," Manga, Anime, video games, etc. in Japan have what they call, "Drama CD's."

Imagine being a reader or a really busy parent listening to an author's audiobook, while driving to work, picking up kids, and/or traveling. Having an audiobook is especially convenient for multi-taskers.

I reiterate, audiobooks can potentially increase an author's fandom with non-book readers. This is something to definitely keep into consideration.

You are probably wondering, who I would want to voice/narrate my audiobooks. I have been thinking about Anime voice actors such as Crispin Freeman and Johnny Yong Bosch, to only name 2 examples.

I have also considered actors and musicians such as Wes Borland from Black Light Burns/Limp Bizkit and Jared Leto. I wouldn't mind having Jared voice Alan a.k.a. "Loose Lips" for "All Of Chastity's Men."

In past interviews, Jared mentioned that he enjoys playing characters that die in movies. I haven't decided if I am going to kill "Loose Lips." However, he is getting tortured without a doubt. You will have to forgive me for being such a sadist.

I don't know, who I would want as voice actresses on my audiobook. That would be a tough decision to make. I would probably do the narration and voice acting for my female characters. More money in my wallet, right?

I don't want my short stories to be turned into movies. Hollywood filmmakers are skilled at turning movies based on books into Shit Sandwiches. Take Queen of the Damned, for example. Anytime Anne Rice said the movie was a "great disappointment," you know it's bad.

Anne Rice's Thoughts About Queen of the Damned

Queen of the Damned was a shitty movie. Jonathan Davis as the ticket scalper was the best part about it. God knows it wasn't Aaliyah and Stuart Townsend's horrendous acting. Just thinking about those 2 make me clinch my chest from pain.

Luckily, the Queen of the Damned Soundtrack compensated for that trainwreck of a movie. Ugh!

Speaking of soundtracks, I don't know every soloist and group, that I would want on a soundtrack for my work. Earlier this year, I published 2 Song Saturday Blogs about an ideal soundtrack for "All of Chastity's Men."

That reminds me, I would have Enigma's song, "I Love You... I'll Kill You" as my ideal theme song for "All Of Chastity's Men." Listening to the song is quite fitting.

The more I think about it, my readers would probably enjoy "All Of Chastity's Men" more than "Across The Street."

"All Of Chastity's Men" is probably my longest short story compared to all the other short stories I've written within the last 3-8 years. I wasn't planning on turning that particular story into a novel.

Right now, I'm playing everything by ear. The biggest challenge with finishing it is how much of my past do I want to insert into this story.

It is a Semi-Fiction Woman Scorned type of Horror Story. When I say, "Semi," I mean not everything in it is true. It is still Fiction.

Before anyone asks, no I have never killed anyone, unless killing them on paper qualifies. No, I am not a misandrist ("man-hating feminazi").

Women without any self-respect and sleazebag men love to label me a "man-hater" because I reject them and/refuse to be submissive. Otherwise, I'm automatically considered a "threat" in every aspect.

Most of the time, my female co-workers viewed me as a threat to them. I never bought into the whole "sisterhood" bullshit.

Then again, I have no sisters (at least not to my knowledge). It's always about, "Who's the alpha female?" That's 1 of the biggest stories of my life.

Anyway, this is all I have to say, for now. Let me know what you think!