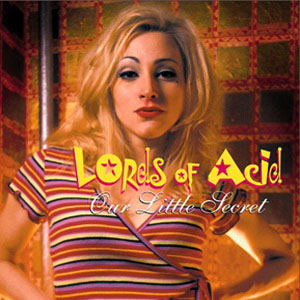 How's it going my gumdrops? You know what time it is? It's Halloween Season! This month, I will try posting darker content than I have already. Now that it's fall, my Horror/Supernatural shows are premiering their new seasons.

Speaking of, there are 4 more weeks, until Halloween. Too bad the holiday won't be on a weekend. I don't know if I should share a blog on Halloween or not. I could post something on the holiday. However, I haven't yet decided on anything specific. I will just have to play things by ear and see how everything goes.

The best part about Halloween Season is getting in the mood to watch Horror.

Well, that's the case for me, at least. It's not like I'm a little girl anymore. I CANNOT go trick-or-treating or participate in Halloween Parades, anymore. Growing up, my elementary schools use to annually hold Halloween Parades.

Our families went to our elementary schools and watched us in parades, as we wore our costumes. As soon as our parades were over, we returned to our classrooms and had parties. Those were good times! I don't think any Milwaukee Public Schools allow Halloween parades or parties, anymore. Everything is "offensive" in today's crybaby society.

I enjoy Halloween because it encourages me to watch Horror. Sure, I can watch it anyday of the week but it's not the same.

My favorite Horror Movies have always been Slashers.

I can't help it. I have always enjoyed watching moral villains stalk, chase, and kill stupid and obnoxious teenagers for revenge. Slashers always made me cheer and laugh sinisterly. I know I'm not the only Horror fan, who feels this way.

Some characters are too dumb and sickening to live. Sometimes I will scream at my TV, "PLEASE DIE, ALREADY! RRRRRR!!! YOU'RE SO DAMN ANNOYING!" You know what I mean?

Since I am on the topic of Horror, I have Lords Of Acid's song, "Horror Movie." "Horror Movie" is a hidden track on their 3rd album, Our Little Secret. In case you did NOT already know about them, they are an old, Belgian and American Acid House Industrial Electro group, that has been around for 2 1/2 decades.

They originally formed in 1988 under the name, "Digital Orgasm."

Lords Of Acid always had an underground cult following and they continue to make albums. Years ago, it was almost impossible for most of their music to be aired on traditional radio stations. I don't think that UW-Parkside's radio station (101.7 WIPZ) owned their earlier albums, Lust and Voodoo-U, if memory serves me right.

Even though Lords of Acid's music was always tongue-in-cheek, they still mostly had sexually explicit lyrics and drug references in their songs. Those 2 topics automatically got them blacklisted from American radio stations.

Psycho, A Nightmare On Elm Street, Friday The 13th, The Fly, Attack Of The Killer Tomatoes, etc.

Anyway, this Song Saturday, I want to keep this entry as short and sweet as possible. Here's Lords Of Acid's "Horror Movie."

Reply [email protected]
10:56 AM on October 4, 2014
Good fun song, exactly the mood I'm in these days. I'm looking forward to Grimm, that's another show I watch. How about the whole politically correct crowd...too dumb and sickening to live Hahahaha. I had a very pleasant surprise this week with The Walking Dead showing up on a local regular tv station. I had heard of it from guys at work before I retired, they were big fans and would talk about it in the lunch room. It was on cable though so I never saw it, now every Wednesday I get to see it. That made my week. Sherrie has a Japanese show on her site today, I'm about to watch it.

Reply Anna H.
7:52 PM on October 4, 2014
I'm glad you like this Song Saturday better than the last. I've never been a huge zombie fan. They look and act too stupid much like brainless alcoholics roaming the streets and terrorizing the towns. Slashers and vampires always appealed to me more. I never bothered to watch The Walking Dead. The fact that it's been over hyped mostly by people, who were never Horror fans, repels some of us.

Reply [email protected]
9:25 PM on October 4, 2014
Ah, I love me some zombies but vampires are my favorites, I'd let a vampire bite me in a heartbeat and turn me. I have the Blade series and the first Blade is one of my all time favorite movies ever. I was aware of The Walking Dead only from what I heard my fellow employees say about it at work so I didn't get any hype, just a lot of, "Oh man, did you see the part where.....," so it sounded good to me.

Reply Scott M
6:11 AM on October 5, 2014
I liked that tune. I've never been really heavy into horror flicks, but I have seen all the greats, and plenty of lesser known cult classics at one point or another. I'll watch if someone urges me to lol

I kinda figured you for the "slasher" type, Anna

Reply mail2sheval
9:40 AM on October 28, 2014
Oh, man! This suck ... everything so slow here on Web and the vids are downloading too long. Geeezzzz .... I'll try this another day again. I'll read your other blogs first!

I'm sure it's because millions of website owners and subscribers are using Webs. I hope you're able to still enjoy reading my blogs!