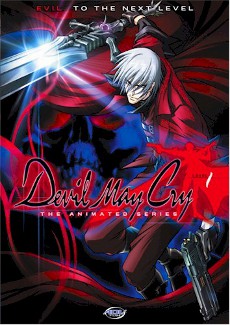 How's it going my gumdrops? You may recall that I mentioned publishing a lengthy blog on JournalHome.com, last week.

Last Tuesday, I published a JournalHome entry about a One Piece extremist, who posted death and rape threats on Adult Swim's Toonami sub-forum. There were 2 other Toonami posters he called out, that I had personal conflicts with in the past both on Adult Swim's forum and on Facebook.

In that same blog, I addressed certain problems with Toonami fans, Weeaboos, and Anime Otakus. If you haven't already, I encourage you to read that blog, whenever you the chance. That Moose poster's rant was hilarious. I shared it with my friends and subscribers on Adult Swim, Facebook, Blogster, and JournalHome. The link is below:

Considering that I am already on the topic of this sociopath, he would be labeled a One Piece Tard. I was on YouTube earlier, and stumbled upon a video by YouTube vlogger, ForneverWorld.

ForneverWorld gave an explanation about the differences between Anime tards and fanboys.

After watching this YouTube vlog, I would consider myself to be an Anime fan. I never thought I was a fangirl or a tard. I have always loved watching Japanese animation, since the time of watching Robotech as a toddler, during the mid-80's.

However, I do NOT live and breathe Anime to the extent of committing murder, rape, or suicide over it unlike that Moose poster on the Toonami sub-forum. It seems like more people today have lost a grip on reality.

Originally, entertainment was meant to be "Escapism." Today's entertainment is mostly political propaganda. We can't enjoy anything for the sake of enjoying it. Political activists, media critics, watchdog groups, and even some educators are mostly to blame for ruining entertainment.

Their need to nitpick, politicize, and psychoanalyze everything to death is highly repulsive.

Yes, we SHOULD be able to analyze and comprehend what we are reading, watching, and listening to. At the same time, we should STILL be able to enjoy books, movies, shows, and music. They are called "entertainment" for a reason!

Sometimes I ask myself, "Was joining ____ forum a good idea?" Within the last 1-6 years, I have only joined 2 entertainment forums. I always believed it would be great to socialize with people online, who supposedly shared the same interests and views as mine about favorite shows. So far, it hasn't been that great of an experience.

Don't get wrong. I really do enjoy talking to other fans and I especially miss some of my old friends from the last forum we joined, before it shut down.

All the while, certain fan bases CAN be insufferable tards about certain characters, shows, actors, voice actors, etc. It makes some of us fans of a certain genre(s) feel ashamed to be fans of them. That is the major problem. This especially applies to being an Anime fan.

Much like it was to be a Horror fan decades ago, being an Anime fan is frowned upon. Anime and Horror have been demonized for decades because people outside of both genres were brainwashed into believing we are sociopathic extremists.

I am both an Anime and Horror fan. Therefore, I have the worst of both worlds. Some will assume I am a homicidal maniac over my Anime and Horror. That's not including a "devil worshiper." Gotta love it.

Because I am already on the topics of Anime and Horror, I have the Seinen Horror Action Anime called, Devil May Cry. Devil May Cry is based off the Capcom Video Game. I have never played any of the video games because I'm not a gamer.

Despite that, I remember watching a YouTube vlog 3 years ago and learned, that the creator of the video games changed Dante's physical appearance. He used to have white hair. Now, he is a brunette.

In the Devil May Cry Anime, Dante is a part demon and human mercenary. This is along with being a struggling business owner, who specializes in hunting demons.

I've never played the Devil May Cry games, since I'm not much of a gamer. Although, I did see the redesign of Dante. I like him a lot better with the white hair. I enjoyed watching the Devil May Cry Anime for the action and because Dante is nonchalant, while killing demons.

BTW: Don't forget to check out my latest Song Saturday blog. I explain in detail about why my presence hasn't been around within the last week or 3.