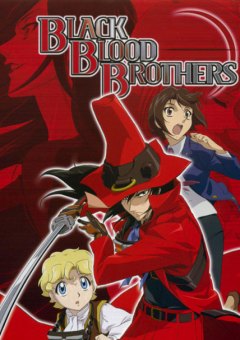 How's it going my gumdrops? In yesterday's blog, I mentioned that Chiller TV's Anime Wednesday block has been sparking a lot of controversy over these last few weeks online. Some Adult Swim posters have been complaining about Anime Wednesday.

Last week, some of the tards from the Toonami section on Adult Swim had spazz attacks and went as far as to assume, that Anime Wednesday has been canceled.

Just because Chiller TV didn't air the block last week, doesn't necessarily mean that it has been canceled.

Then again, I really should NOT expect much from the Shonen Jump Action Anime crybabies. This sounds like I'm being patronizing. However, I have interacted with YouTube vloggers over the last 3 years and have seen the way other Toonami fans reacted towards their opposing views. The Toonami fan base is extremely divided about the current programming, which is why those same vloggers stopped doing YouTube vlogs about Toonami.

The tards are extremely fixated on cartoon ratings and their childhood nostalgia. They believe it is a requirement to listen to Steven Jay Blum's voice a talking CGI robot, in order to enjoy watching their favorite Anime.

Before Adult Swim rebranded its Anime programming as "Toonami," there was more diversity in the Anime genres and sub-genres being aired. Toonami's an Action block, which limits what can now be aired on the network.

As I was saying, the Toonami Tards, that can get Chiller TV on their Dish Network and Direct TV packages are flipping their shit because Anime Wednesday wasn't aired last week. I had to remind the biggest spazz from Adult Swim's Toonami section, that Syfy and Chiller TV's programming were always inconsistent.

Both networks love changing their schedules on a whim. Therefore, viewers shouldn't automatically assume, that Anime Wednesday is canceled.

I haven't read anything online about the block being canceled yet the Toonami Tards are jumping to conclusions as usual. I also reminded Anime fans that even if Chiller TV did cancel Anime Wednesday, it's not the end of the world. We are NOT living in the 1980's and early '90s, when Japanese animation was scarce.

Meanwhile, I went back to Chiller TV's fan page on stalkbook. Some Horror fans threw temper tantrums about Anime being aired on the network. Some Horror fans dislike the fact, that a PG-13-rated Horror network is airing "Japanese cartoons," again. This makes me roll my eyes and laugh.

When Chiller TV originally launched in 2007, I mostly watched it for Ani-Monday. As much as I enjoy Horror, Chiller TV's programming is watered down. It mostly airs the worst movies and shows just like its sister station, Syfy. Chiller TV really needs to be more like Encore and Starz. I will watch Horror movies on those networks, before Chiller TV most of the time.

Anime and Horror are 2 of the most demonized entertainment genres. Both crowds are viewed as outcasts because we are depicted as being deranged serial killers and mental patients by the media. Horror and Anime can both go hand in hand with each other, when it comes to content. I believe that Chiller TV is more willing to cater to both Horror and Anime fans at the same time, right now.

The network is also exposing Horror fans, who are unfamiliar with Anime to Japanese Animated Horror. Honestly, I commend Chiller TV for putting Horror Anime back on the lineup. It would be fantastic to see the average Horror fan embrace some Japanese animation.

Shonen Jump Action Anime is being marketed the most to the Western audience. There are more Anime genres and sub-genres than Action geared towards teenage boys. Most people don't know this unless they are really into Anime.

When it comes to Japanese animation, there's a little bit of something for all age groups, genders, sexual orientations, sub-cultures, etc.

Since this is another blog about Horror Anime, it's only fitting to share another Horror Anime from Chiller TV's current Anime Wednesday block for today's Cartoon Sunday. Today, I have Black Blood Brothers.

Black Blood Brothers is more of a Supernatural Action Dramedy. In order to give a better understanding, the Red Bloods are humans. Meanwhile, there are at least 3 elite vampire clans.

1) Old Blood- Vampires that have lived at least 100 + years. Their abilities are much greater than the average vampire.

2) Black Blood- Jiro and Kotaro are 2 examples. They have superhuman strength, can turn humans into vampires, survive wounds that would normally kill humans and don't age. Technically, Jiro is an Old Blood, that can survive being impaled by silver. Most vampires are vulnerable to silver. Although, Jiro can't handle sunlight or exposure to water.

3) Kowloon Children- Their lineage was founded by the 9 Dragon Kings and they are hated by other vampires. The Kowloons only need to suck the blood of humans and other vampires.

Whenever they attack both humans and vampires, their bloodline is spread. Humans and other vampires can also be turned into Kowloons by drinking their blood. Then, Kowloon victims will fall under their control, which starts a chain of other vampires.

Now that you have learned about the 3 main vampire clans, here is Black Blood Brothers for today's Cartoon Sunday.

Thank you my gumdrops and please leave your feedback in the comments section below!

Reply [email protected]
1:49 PM on August 9, 2015
Well, that was interesting. I wonder why they play Irish or Celtic music or whatever it was during the fight scene. I guess the young 'uns are confused by diversity. Hehe.

Reply zombie
4:43 PM on August 9, 2015
You're not wrong about the anime. It's a natural fact that eventually the old stuff goes out , and new stuff comes in. Imagine how it is in Japan. When i was younger ( round the late 90's - early 00's ) Steven blum And Wendee lee ( my voice crush ) were everywhere. Blum even did that T- mobile commercial for the sidekick. But , the old stuff has to go away before the new stuff can come in . And voice actors are a dime a dozen. If you pay attention you'll see the same ten names in just about every anime. and a few years later a new crop starts getting the jobs. ( my favorite henti voice actors name : French tickner ) That's just the way it is. And like i said , imagine how it is in japan.

All this talk about the anime on chiller though, got me curious enough to look and see if its n the schedule this week. And unfortunately it isn't . I would contact chiler ( chillertv.com ) And voice your opinion. We may even be able to get it reinstated.

Reply Anna H.
7:26 PM on August 9, 2015
Zombie, I tried finding Chiller TV's weekly schedule and couldn't find it. I know Syfy had a weekly schedule, when I used to watch the channel years ago, but I don't think Chiller has 1 for its network. Also, I did searches on Google, Wikipedia, and Anime News Network. So far, there is no mention of Anime Wednesday being canceled on Chiller TV.

I intend on sending the network's fan page a message about the block. Hopefully, Anime Wednesday isn't canceled. If it is canceled because some Chiller TV brats made a huge stink, fans of both Anime and Horror will probably boycott the network. It's like I said earlier, watching Anime on TV is convenient for us fans. We always have the Internet to watch it, which was something we didn't have 2-3 decades ago.