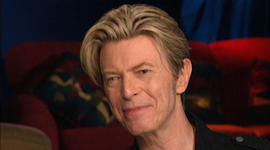 How's it going my gumdrops? Wow! I don't know about anyone else, but this week felt like a roller coaster. I am exhausted. At least I was able to be highly productive with my time. This week felt like it was going by so fast, that time kept slipping through my fingers.

I meant to publish another blog this week in regards to Motorhead's Lemmy Kilmister. Before this week got started, we suddenly learned that David Bowie died from Liver Cancer. He died literally 2 days after his 69th birthday and his final album's release.

Throughout this week, we have heard about celebrities dying practically everyday. Then again, musicians have been dropping like flies, since early December 2015. It started with Scott Weiland.

It's really weird. Last month, I randomly got Stone Temple Pilots' song, "Atlanta" stuck in my head. I had NOT listened to their No. 4 album in years. Suddenly, I witnessed Scott Weiland's death "trending" on social media and on Adult Swim's forum.

Around the same time I learned about his death, I thought about how much of an influence David Bowie was on Scott. Towards the end of last month, we learned Motorhead's Lemmy Kilmister died 4 days after his birthday. Lemmy's family and friends just had his funeral last Saturday.

Then, David Bowie died of Liver Cancer 2 days after celebrating his 69th birthday and releasing his final album, Blackstar. We are only going into the 3rd week of 2016 YET celebrities have been dying almost everyday. Something tells me that 2016 will be a very grim year for many people, especially for celebrities.

Getting back on the topic of David Bowie, I was never a huge fan. However, I still enjoy listening to some of the songs that he released over the DECADES as well as many of his family, friends, and fans. "Lady Grinning Soul" and "Dead Man Walking" have been my favorites for years.

Bowie still appears to be extremely influential among many people decades later. If people haven't learned much of anything from David Bowie, they should learn to be more innovative, diversified, original, open-minded, fearless, and LEARN how to EXPLORE.

Today's Song Saturday will be a LENGTHY block of music from David Bowie. Here are 6 songs and 1 music video. "Lazarus" is his final music video. Bowie's final music video really nails his last goodbye to all his family, friends, and fans. It also shows all the suffering, that he went through battling his last hours with Liver Cancer.

Reply Scott
5:28 AM on January 16, 2016
Another great blog Anna. Some really good song selections as well

I was never a HUGE Bowie fan either, but the stuff I did like, I liked quite a bit. Mostly the early 70s stuff.

You know, all of this death got me thinking the other day about all of those who've died in music over this last couple years that nobody even knows their names. Kinda sad.... I might do a tribute blog to them,

Reply Anna H.
5:34 AM on January 16, 2016
Yeah, that sounds like a good idea, Scott. I just learned yesterday that Wayne Static of Static-X's widow just died. Supposedly, Tera Wray committed suicide. Considering that she had a lot of conflict with Static-X after she and Wayne got married and his family had problems with her as well as other bands, I believe there was an inside job.

I knew you would do an article on David Bowie. Who is truly an inspirational music icon. He has even collaborated with Queen, Mick Jagger, Iggy Pop, and many others. The 70's and the early 80's is where I liked his music the most. RIP David Bowie.

Reply Anna H.
12:17 AM on January 17, 2016
You're right, Jesse! David Bowie has collaborated with MANY over these last 5 decades. I'm glad you enjoyed today's Song Saturday blog.