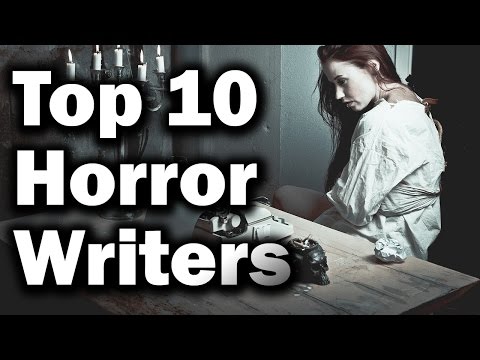 How's it going my gumdrops? As you already know, I built my very own Horror page here on It's Not All Gumdrops & Unicorns. You must become a member, in order to access the page.

Why Is My Horror Page Restricted?

If you have not taken the opportunity to view my Horror page within the last year, I recommend doing so. I added more excerpts of my short stories to that page.

Because I normally blog at least 2-3 days a week on It's Not All Gumdrops & Unicorns, blogging appears to overshadow the fact, that I am also a Horror Writer. I have been creating MY OWN stories with MY OWN characters, since I was a 3rd grader.

This cannot necessarily be said about those, who write Fan Fiction.

I'm actually amazed by people I meet in public, who have NEVER heard of Fan Fiction or know what it is. Even though I'm not yet published, I have never liked or respected Fan Fiction. Neither do more established and published authors such as Stephen King, for example. Fan Fiction is more like a disguised form of plagiarism by nerds online, who want to pretend they are so-called screenwriters. I have said this countless times, if you are able to write your own stories, you can create YOUR OWN CHARACTERS, as well.

Why re-write another author or screenwriter's story to best suit YOUR OWN LIKING, when you can create your own characters and write your own stories?

I can understand basing your story on a historical figure/event or paying homage to an author. In fact 11 years ago, I was assigned to pay homage to an author for a Creative Writing class, during my college junior year. My short story, "Dolls", which I eventually renamed "Across The Street" is an homage to Octavio Paz's Flash Fiction piece, "The Blue Bouquet."

This will surely offend quite a few by me saying this, but it seems like it is mostly Millennials, who are so quick to write Fan Fiction as opposed to writing their own stories and creating their own characters.

It's as if Fan Fiction writers are striving to be wannabe "screenwriters" and expect for everyone to pat them on their backs because they deluded themselves into believing, that they can write a famous author or screenwriter's story BETTER than he/she did. This automatically makes me roll my eyes and laugh.

If Fan Fiction writers can create such dynamic stories, they can surely create their own characters. I don't care HOW they try justifying to me or anyone else.

You will be a lot more respectable, WHEN you create your OWN characters to go along with the stories you independently created. It wouldn't surprise me if most publishing companies consider Fan Fiction writers to be laughingstocks.

Speaking of writers in today's blog, Writer's Relief posted a YouTube video sharing their countdown of Top 10 Horror Writers. Because I'm a Horror writer and a fan, I thought I would share their video with you all.

When I was growing up, I was NOT some bookworm. Reading mostly bored and put me to sleep. I was more interested in watching TV, movies, and music videos. Although, I will say that, whenever I did enjoy reading books, they were usually published books by R.L. Stine or another Horror author.

Whether I was reading or watching it, Horror always kept my interest. Then again, I was born and raised during the 1980's. During the 1980's, TV shows such as Freddy's Nightmares, for example, used to air on local TV stations.

The Slasher Horror genre was highly demonized yet it was a favorite among Horror fans. The Horror fandom was not like it is today. It was more of a niche crowd.

Almost everyone today is a Horror fan because Horror is now widely acceptable and "trendy."

You will have to forgive me, if I sound more like an elitist for saying this, but a lot of today's so-called Horror fans are hipsters. Those supposed Horror fans did NOT earn their proverbial stars and stripes of being labeled a sociopath, freak, weirdo, serial killer, or any other type of a negative label, that most of us REAL Horror fans were demonized and branded as, during our youth.

Anyway, here is Writer's Relief's video countdown with their Top 10 Horror Writers. Make sure you sign in or sign up to read my Horror page.

I've finished watching the video. I recognise Stephen King (The Shining) and R.L. Stine (Goosebumps) on the list. I also remember watching the I am Legend movie starring Will Smith. Thanks for sharing all this with us

Reply Anna H.
11:25 PM on July 14, 2016
You're welcome, Jesse! I am really glad you enjoyed today's video! If you haven't already, you should also check out the last 3 blogs, that I have published. 2 of them are about Ghostbusters.

Reply Anna H.
11:38 PM on July 14, 2016
Yes, I saw it just now and responded back. Like I said on the Song Saturday blog, you should also check out The Real Ghostbusters cartoon. It's not like today's cartoons for little kids, that's for sure. LOL!

I have always been a fan of 80's entertainment. Now I have another reason to enjoy the 80's

Reply Anna H.
1:54 AM on July 15, 2016
I used to really like watching The Simpsons, when I was a little girl. Then, I pretty much outgrew them and started getting into watching more mature and adult animation.

Reply Jesse
2:02 AM on July 15, 2016
I also enjoyed watching The Simpsons when I was really young. The main reason I stopped watching it is cause The episodes made in the 00's and 10's weren't as funny as the 90's