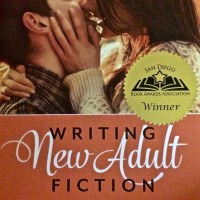 How's it going my gumdrops? Did you check your e-mail inbox and/spam folders yesterday? In case you haven't already, I have some fantastic news!

On Sunday, I signed into Google Plus and learned, that I now have 51 followers! Only 49 more until I reach 100 followers! Huzzah! Late Tuesday night and early yesterday morning, 3 more have joined It's Not All Gumdrops & Unicorns! It looks like I'm on a roll this week, in regards to content.

Those of you, who have recently joined It's Not All Gumdrops & Unicorns, now have the ability to read pieces of my Short Horror Stories. Nobody from the outside has access to the Horror page.

Why Is My Horror Page Restricted?

This especially applies to yours truly. Therefore, if anyone wants to read the Horror page, they must belong to It's Not All Gumdrops & Unicorns. While we're already on the topic of my stories, I have been trying to figure out what my short stories would be labeled.

Since the time I was 17 years old, I have written short stories about characters close to my age and a little older. Even when I was taking Creative Writing at UW-Parkside and Carthage College, during the early 21st Century, I mostly wrote about characters ages 18 to 20-something years old. Stories I have handwritten over these last 4 years have some characters in their early 30's, now that I am in my 30's.

Throughout these last 10-15 years or maybe longer, I had never heard of a particular category for adults younger than their 40's. These last several years, I have read and heard about Young Adult Fiction and assumed, that it was actually for "young adults" 18-30-something years old.

Then, I recently learned that Young Adult Fiction is really meant for preteens to teenagers 12-17. That is NOT what a young adult is by any means.

That is being an adolescent. If anything, 18-39 years old should really be labeled as YOUNG ADULTS in book categories. This only shows that publishing companies are being pretentious with these labels.

Wouldn't "New Adult" really be considered "Young Adult," which is the same thing?

The "New Adult" branding sounds ridiculous. Rather than saying "New Adult," it should really be classified as "Coming Of Age Fiction." This seems more logical, if you ask me.

"Model Parent" is at least 1 short story, that would be considered Realistic Fiction. The rest of my other stories are more Horror and Thriller based and could fit "New Adult" Fiction.

Judging from some of what I have read about New Adult, it's basically a bridge between Young Adult (TEENS) and Adult Fiction.

Personally speaking, I have felt for years that there were hardly any books for actual young adults ages 18-30-something years old. I have never picked up a book and read anything about characters being college aged or being college graduates. If the short stories and novels were not about characters under 18 years old, they were usually about middle-aged characters and older.

When publishing companies spend most of their time advertising and releasing stories for minors and older adults, they make it a lot more difficult for writers to determine how to market their own books, which are neither of the 2. There needs to be more books for those of us, who are somewhere in-between young and old.

As someone, who is in her mid-30's, I do NOT want to read a book about teenagers or characters, that are old enough to be my parents and grandparents. This might sound like something ageist to say, but I am beyond the age of a teenager and do not always want to relive my teenage years vicariously through teenage characters.

Also, I don't necessarily care to read about empty nest characters and lonely housewives, since I am nowhere near that stage of life.

In today's society, everyone is NOT married and/divorced with or without children. Some are beginning college, graduating from college, looking for work after college, are still single, and have yet to settle down. Then, there are those, who cannot handle being eternally single, during their 20's and 30's.

If they want to generate more readers, they must be willing to meet an ignored and potential audience, that is between the youth and the elderly. This is what more publishing companies really should take this into consideration.

Something else that was repeatedly addressed, while I was learning more about "New Adult" Fiction was sex. Book publishers must decide how much sex there is in a book, in order to label it as Young Adult or simply Adult. Think of this in terms of movie ratings.

Are the sex scenes mild enough to be rated PG-13 or should they be R-rated?

I find it somewhat amusing that the amount of sexual content in a published book is what determines if it is Young, New, or Adult Fiction. The fact that a story has any sex in it is enough to be considered for teenagers and adults of any age group.

If a book has any kind of sex in it, you already know that the book is NOT meant for children.

As far as my short stories go, if we were talking in the terms of movie ratings, I would say my stories would probably range between PG-13 to rated R. This would all be due to violence and sexual content. Anyway, if you would like to learn more about "New Adult" Fiction, click on the links below.

What is New Adult Fiction, Anyway?

“New Adult”: The Next Big Thing?