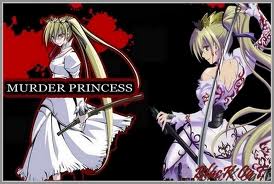 How's it going my gumdrops? I don't know about everyone else, but Anna is exhausted from the nonstop blogging since last week. I am especially exhausted from hunting all around the Internet for this particular Seinen Action Anime.

While posting on Adult Swim last week, an Adult Swim Helper posted a thread asking us posters about OVA's that could marathon on Adult Swim, during the holidays. Most of us are bored with the network marathoning current shows each holiday.

I completely understand, that Toonami wants viewers to catch up on missed episodes of certain titles. However, everyone does not necessarily like a certain show, that is being marathoned as a recap for viewers. This is mostly a stall tactic for Adult Swim.

JoJo's Bizarre Adventure: Phantom Blood will be premiering sometime next month. Since I only watched episode 1 in English Dub, I am waiting for this show to actually premiere on Adult Swim. While others will go into cardiac arrest over Samurai Jack getting a 5th season 12 years later, I am waiting for better shows to replace what is currently on the Toonami block.

Like I said earlier, a Swim Helper wanted us to give OVA suggestions to air, during the holiday seasons rather than marathoning more recaps. I suggested Murder Princess. This 6-episode OVA would be decent to air, during Halloween.

Chances are highly unlikely, that Murder Princess will air next month for Halloween. Although, Adult Swim could try acquiring the rights to this OVA for next year. Having action and monsters in this 6-episode OVA makes it perfect, since Toonami is now an Action block on Adult Swim.

Considering that I am rooting for this OVA, you may want to know, "What is Murder Princess about?"

Murder Princess is a Seinen Action Fantasy OVA about a bounty hunter (Falis) and a princess (Alita) accidentally transferring bodies, while fleeing the land of Foreland. The scientist Dr. Akamashi stages a coup d'état in the Foreland Kingdom, which kills Princess Alita's father in the process.

After the king is killed, she flees to find her brother Kaito. While doing so, Princess Alita accidentally knocks Falis off a cliff. The forest guardian beast by the name of Jitterbug killed Alita's entourage of castle guards.

Because Princess Alita and Falis had near death experiences, while they were fleeing the Foreland Kingdom, both had automatically experienced a soul transfer. After Falis regains consciousness, she realizes that she is in Princess Alita's body, then panics.

This should be summary enough for you. Murder Princess may only be a 6-episode OVA, but it is action-packed. Like I said earlier, I did some major hunting for this OVA. Trying to find the English Dub of Murder Princess was extremely difficult.

From the looks of it, Funimation Entertainment had the dub yanked from YouTube. All the while, the company had no problem uploading episodes in English Subtitles. Leave it up to Funimation to monopolize every Anime in the Anime Industry.

Murder Princess was originally licensed by ADV Films but Funimation Entertainment acquired the rights to this OVA in 2008. I believe it was around that time when ADV Films went out of business. Anyway, here is Murder Princess in Japanese for today's Cartoon Sunday.