How's it going my gumdrops? How did you enjoy your Thanksgiving? My Thanksgiving wasn't horrible. However, my mother and I DID manage to dodge a really nasty car accident, last Wednesday.

Hopefully, everyone's Thanksgiving Day went well with family and friends. Now that Thanksgiving is over, we must prepare for Krampus Day, Saint Nicholas Day, Winter Solstice, Hanukkah, and Christmas Day.

I am sure that some of you will be celebrating this "festive" season with Christmas films whether they are the stereotypical Lonely Romance Comedies, or something creepy like Christmas Slashers. You may even want to go the Horror Comedy route with Gremlins, for example.

After all, Gremlins is technically a Christmas Horror Comedy film. The original movie takes place, during the time of Christmas. To all my newbie gumdrops, I published a blog on Blogster 3 years ago about the Gremlins audio books. Then, I updated and republished that same blog on It's Not All Gumdrops & Unicorns.

In addition to my blog about the Gremlins audio books, I published another blog last June about the disturbing dream I had about killing Gremlins. Then, I briefly explained about mogwai in Chinese folklores.

To delve into more detail about these fugly monsters, the term "mo" derives from the Sanskrit "Mara," meaning "evil beings," which shares a cognate with the Persian "Magi" from which the English word "magic" derives. This is according to tribe.net.

Mara in BOTH Buddhism and Hinduism determines the fates of death and desire, that tether people to an unending cycle of reincarnation and suffering. He is the source of wickedness and purposely leads people to sin, misdeeds, and self-destruction. "Gui," on the other hand, does not necessarily mean "evil" or "demonic spirits."

Gui simply means "deceased spirits" or "souls of the dead."

In modern Chinese, gui has evolved into normally referring to the spirits or ghosts of unrelated family members seeking their revenge on mortals, who have caused them anguish, when they were still alive. It is common for mortals to rectify their sins by sacrificing money to gui by burning (usually fake) paper banknotes so that gui can have funds to use in their afterlife.

Also, Tribe.net states that the modern popular use of mogui as "demonic" and gui as "devils" are somewhat outcomes of Western influences.

Satan in The Book of Job is translated as "diabolos" in Greek and "mogui" in the Chinese Biblical texts.

Therefore, Satan is "Mogui" in Chinese. Whenever you have the chance to rewatch Gremlins, you will have a slightly better understanding about mogwai in Chinese folklores.

As I briefly explained in my Killing Gremlins blog (which you can click on and read below), the water or rain to be more exact, is for reproduction during the mating seasons.

Mogwai in Gremlins are depicted as asexual creatures with the ability to morph into dangerous monsters. The scientists in Gremlins 2: The New Batch believed, that Gremlins are either mischievous and mean-spirited reptiles, or simply viruses.

You learn something new everyday! 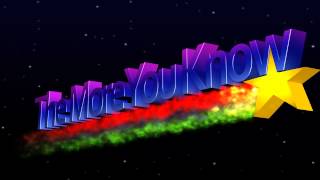 Because Gremlins is a Christmas Horror Comedy film and since today's blog is about mogwai in Chinese folklores, let's revisit the Gremlins audio books and my dream about killing them for another Throwback Thursday.

Reply Jesse
8:11 PM on December 1, 2016
Hi Anna. I knew I would enjoy Thanksgiving day cause it's really close to my birthday

I got to see lots of friends and family

Thanks for posting about the Gremlins movies. Even when I was really young I remember watching it on TV. I especially liked the part near the end of the movie

Reply Anna H.
10:39 PM on December 1, 2016
Thank you, Jesse! I'm really glad you enjoyed these blogs and that you had a chance to celebrate your birthday with family and friends. I was 2 years old when Gremlins 1 was in the theaters and I believe I was 8 years old, when the sequel released.

Gremlins 1 was in the theaters before I was even born. Gremlins 2 came out when I was about 5 years old. That's why I watched it on TV.