Are There Really Social Media Sites For Anime Fans? 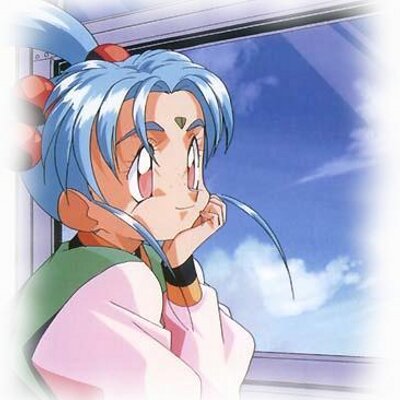 How's it going my gumdrops? I have been meaning to share this news with you all, since last month. Shortly after Adult Swim shut down their message board 2 days before Christmas and without warning posters and their own volunteers, I joined Animeleague.net.

Some of you may already remember, that I joined that Anime forum, earlier this year. Once again, Animeleague is NOTHING like Adult Swim's forum because Animeleague is actually PLEASANT.

I have YET to encounter or be a part of any fights. Considering that I barely post on Animeleague, I think I will be alright. Whenever I have the time, I do post in threads. Occasionally, I will post a thread on the forum.

Meanwhile, are you an Anime fan on social media sites like facebook, who does NOT want your news feed clogged with selfies, religious and political memes, propaganda, spam advertisements, shit posts, pity party status updates, etc?

Much like the forum, Animeleague, World of Anime is a very welcoming community. Sometimes I feel badly about not having enough time to socialize with more people on this Anime-centric social media site.

Whenever I have the time, I do talk to some friends on World of Anime, including its site owner, Meeko.

Along with creating his very own social media site for Anime fans, Meeko created his own video gaming site, Raccoon's Cave for gamers.

I recently informed the social media website owner on World of Anime, that I would be publishing this blog about his site. It somewhat feels like Meeko and I are similar to each other. He understands the struggle of building his own website, generating traffic to it, and having pride in what he built for social interaction and for public exposure.

This is along with Adult Swim's former crooked head moderator, who maliciously leaked our anonymous reports to trolls only to cause more social division within the community among the worst cliques. Additionally, ALLOWING trolls to single out, personally attack, and defame posters like yours truly out of pettiness and spite because HE has extreme bias and a great disdain for some of us.

World of Anime really feels like an inviting online community with real fans. I am sure there are probably some Anime elitists around the social media site. Although, I have yet to encounter any of them. World of Anime also has an IM chat feature much like facebook, a forum page, blog, private messaging, and many other features.

Speaking of the private messaging, if you send out mass private messages, everyone you send that message to CAN respond back to you in the form of a thread. It is like posting on a public message board. Mass PM'ing is a lot like having a forum's thread contained inside of an e-mail inbox message; It is an e-mail party line.

Depending on your preference and what you choose to send to other friends, this can be a double-edged sword. Therefore, you may want to be more careful about gossiping about certain people because it CAN cause he said, she said fights.

With all that has been said, would you be interested in joining an Anime-centric social media site such as World of Anime? You may want to consider liberating yourself from most of today's extremely toxic and polarizing content found on a plethora of other social media sites.

Because I am a Supernatural, Horror, and Anime fan, who features Anime in my Cartoon Sunday blogs, it would not hurt to re-share and revisit these past blogs with fellow fans.

Anyway, here are past Cartoon Sunday blogs with Supernatural and Horror Anime in the links below!

Reply xXARKILLERXx
5:50 AM on April 20, 2017
One of the best websites for anime fans. After joining WoA I never went back to facebook or twitter because honestly this is heaven for anime fans. Why be a king when you can be god . xD

Reply Anna H.
5:57 AM on April 20, 2017
I know exactly what you mean. Both facebook and Twitter suck ass for the most part. I'm really tempted to do away with both sites because they are NOT social media sites, when you really think about it. Barely anyone talks to me on either site. I only keep them for important notifications and certain contacts.

Reply Anna H.
12:18 PM on April 20, 2017
That's understandable, Jim. These sites are meant for animation fans and for those who love playing video games. I'm not a gamer, but I love animation especially Japanese animation.

Reply Daniel
10:12 PM on July 28, 2020
It's nice concept but the design looks yuck. I like this one much better.
animeinterface.com