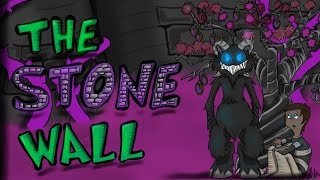 How's it going my gumdrops? Seems like some of you on Google Plus, World of Anime, and facebook enjoyed yesterday's blog. In case you missed this Chris Cornell Tribute for Song Saturday, you can read it HERE.

Song Saturday: Chris Cornell Tribute Block also features a Soundgarden music video from 2010, which was directed by Brendon Small. In case you did not already know, Brendon Small was 1 of the creators of Adult Swim's Metalocalypse.

In addition to Adult Swim news, it has been confirmed that the Toonami block will be airing a Samurai Jack Marathon next Saturday night for Memorial Day Weekend. Then on June 17th, Toonami will be premiering Lupin The Third: Part 4.

You can read more about it in the following link, if you are interested.

Personally, I won't be watching either the Samurai Jack Marathon, or Lupin when it premieres, next month. Therefore, I will be waiting for a different show. Hopefully, JoJo's Bizarre Adventure will return to the Toonami block soon with its 2nd season, Stardust Crusaders.

I will continue watching Tokyo Ghoul and rewatching Naruto Shippuden in English on the Toonami block. Aside from the Chris Cornell Tribute blog I published yesterday and news about Adult Swim's shows, let's return to the horror.

Because so many of you enjoyed those Animated Horror Shorts, that I shared 2 weeks ago from Axeman Cartoons, I have another creepy short to share with you all. In case you missed 10 Two Sentence Horror Stories for Cartoon Sunday, you can check it out right HERE.

Today we have Christopher Christensen's poem, "The Stone Wall." "The Stone Wall" was illustrated by YeahManTV, while Let's Read narrated this creepy piece.

If you have an appreciation for Textured Art with abstract spirals, Dr. Seuss, and Edgar Allan Poe, "The Stone Wall" may be right up your alley. I'll admit to being automatically biased, when it comes to abstract spirals in the animation.

The spirals remind me of some of the work I did in high school for Art Class. Also, I did something similar to this type of Textured Art, when the band, KoRn held their album cover contest before releasing their 4th album, Issues in 1999.

As I watched "The Stone Wall," it reminded me of Dr. Seuss meets Edgar Allan Poe's "The Cask Of Amontillado" and "The Tell-Tale Heart." This is along with a smidge of Nathaniel Hawthorne's "Young Goodman Brown."

If you never had the opportunities to read any of these short stories in high school or in college, you should read them now.

Listening to Christensen's "The Stone Wall" made me notice, that the protagonist in this creepy poem has a serious drinking problem. He drank an entire bottle of wine and is probably using some kind of a hallucinogenic drug.

As far as the stone wall goes, it could possibly represent the protagonist's alcoholism which is acting as a barrier between issues he has and the fact that he chooses not to acknowledge them. Anything is possible at this rate with this poem.

"The Stone Wall" is the type of creepy poem, that really makes you think hard. The animation, illustration, and narraton for this poem, helped to add character to the protagonist, The Goat Man, and the overall story being told in the poem.

Some of you may be irritated by my psychoanalysis of Christopher Christensen's "The Stone Wall." I cannot help paying attention to both the narration and illustrations for this poem. Both have this ability to make us really think.