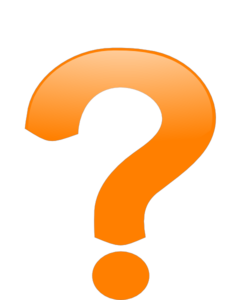 How's it going my gumdrops? Looks like more readers were interested in yesterday's Q&A blog. This is fantastic. I spent all last week working on these Q&A blogs mainly yesterday's. Hopefully, new readers learned something informative.

In case you missed yesterday's Q&A, you can read it HERE.

Song Saturday will resume on September 30th and Cartoon Sunday on October 1st. Speaking of cartoons, I think about how younger Millennials and Generation Z got shafted as children sometimes.

More families began paying for cable and local programming for children and teenagers was replaced with Court and Daytime Talk Shows.

In 1996, Cartoon Network went nationwide on cable, as opposed to being in SELECT cities in certain states. Then, 1 year later, the network launched the Toonami block. Local networks stopped caring about younger viewers because all their programming was sent to cable. Basically, children's local programming became obsolete.

Local networks assumed that everyone had cable 20 years ago, just like most people today assume that everyone has Internet access and want to watch online streams of shows rather than watching TV.

Today is Part 2 of my Q&A blog. Because there was only 1 last person to ask me a question, today's Q&A is all about answering Victor's question. He asks:

I have found a recent rare interview with Stuart Snyder from 2017. I have been listening to the podcast and it's a very interesting insect on the man himself. What are your thoughts about this podcast? Here's a link to it:

WGN Radio: The Business Behind Cartoons

Victor, I listened to this podcast last Sunday night. From the sounds of the podcaster, she seemed to be gushing over her interview with Stuart Snyder. It is understandable why she would be because he is best known for running Cartoon Network.

However, this is the SAME man, who is notorious for destroying Cartoon Network by launching boy-centric Reality TV Shows and sexist programming in general, which replaced the Toonami block, 9 years ago.

For Snyder to say, that Toonami tanked in the ratings, it was mostly due to airing some of the WORST Action Anime, the network could find.

Last I remembered, Stuart Snyder was and still is the most hated president of Cartoon Network. Who in their right mind wanted to sit through watching something as stupid as Bobobo-bo Bo-bobo? I mean, really? C'mon! Even One Piece isn't that dumb.

Not that I was severely heartbroken over Toonami's cancelation like most fans were. I always cherry picked, which cartoons I watched from both Cartoon Network and Adult Swim.

The podcaster and Stuart Snyder did make some valid points about Cartoon Network needing to air more child friendly cartoons. At the same time, Snyder ruined quality animation with his need to air the most dimwitted cartoons like Chowder and The Marvelous Misadventures Of Flapjack.

You may be rolling your eyes, scoffing, and thinking, "This is coming from the same lady, who still thinks Beavis and Butt-Head is hilarious." See, there's the whole "so stupid, that it is hilarious." Then, there is mind numbingly stupid, that you can feel your IQ dropping kind of stupid.

Both networks are mostly garbage programming. Therefore, more people both young and old are forced to watch online streams of shows. If Cartoon Network, Adult Swim, and all cable/satellite networks still had some level of integrity left, they would stop chastising, insulting, dumbing down, politicizing, and dictating what viewers want to watch.

I believe more viewers would spend less time watching shows online and more time watching TV again, if creators tried being original. When I say original, I mean stop remaking/rebooting classic shows ad nauseam and come up with their own ideas.

I hope I answered your question, Victor.

Reply DJ Scott
8:27 AM on September 25, 2017
Yup, "Stupid is as stupid projects." The last resort of crooks are to project their faults onto others as a preemptive strike. People have long accepted this from cartoons/kid shows, but now it's everywhere. People are finally rebelling and ratings are falling....

Yeah, more and more people are switching to online lately and removing their cable boxes mostly due to shitty programming that sucks ass! I wish more TV programming was as good as those on HBO. Like high quality and not shits for brains like Jersey Shore. (cringe!) I live in New Jersey and that show still hasn't recovered from the stereotypes it made on screen. Every time someone asks where I'm from? I tell them I'm from New Jersey and they would make a Jersey Shore joke. (sigh)

Reply Anna H.
12:05 AM on September 26, 2017
Thanks, Victor! I'm glad you liked my answer to your question. Even though I loved watching The Real World and Road Rules on MTV and The Bad Girls Club on Oxygen, those shows began to overstay their welcome. Also, I really hate the fact, that every local, cable, and satellite network chose to jump on the Reality TV bandwagon. The networks today rely too much on Reality TV and fail to realize, that most of us viewers DON'T want to watch them 24/7. TV networks should go back to the drawing board and come up with better ideas for shows with REAL actors, actresses, and a storyline.