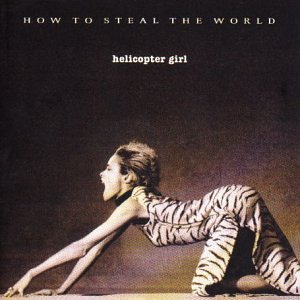 How's it going my gumdrops?

Surely you're scratching your heads and wondering, "What show is this?" Have you ever heard of the Supernatural Horror Dramedy, Hex?

In 2005, I discovered Hex on BBC America. It originally premiered in 2004 on the British satellite network, Sky One.

There was no luck of me finding the above scene in English. I spent the last 2 days hunting for that specific scene because it has relevance to today's blog.

What foreign language was the above scene dubbed in?

Honestly, I have no idea. Judging by the sounds of it, Hex was dubbed in a Slavic language like Russian or something similar to it.

What was Hex about?

If you enjoyed shows such as Buffy: The Vampire Slayer, Angel, Charmed, The Vampire Diaries, and other shows dealing with the occult, you may enjoy Hex.

Originally, Cassie Hughes was the protagonist of Hex. During the first 6 episodes, the TV series was about her being a shy school girl struggling to assimilate with her peers, while attending a remote English boarding school called Medenham Hall.

Medenham Hall occupied the former manor house and grounds of the McBain Estate. During the 18th Century, the estate was the sight of a witchcraft scandal. Much like The Salem Witch Trials, the scandal consisted of women from the Medenham Witch family line being tried and executed.

Cassie's telekinetic, pyrokinetic, and clairvoyant abilities were awakened, after she touched an antique vase, which had been used for Voodoo rituals by the Medenham Witches. To Thelma's (Cassie's best friend's) surprise, she learned that Cassie was a descendant of the Medenham Witches.

Meanwhile, a "dangerous looking" creep by the name of Azazeal stalked Cassie around the campus. Azazeal was a fallen angel and the leader of the Biblical, Nephilim.

Previously, the fallen angel seduced not only Cassie's schoolmistress, Jo Watkins, but also Cassie's mother. Her mother being seduced by Azazeal in the past contributed to her mother's mental disorders.

According to Azazeal (fallen angel), he was "in love" with Cassie. It was not until the fallen angel seduced her, that she became pregnant with his spawn, Malachi. Cassie tried aborting Malachi and failed at doing so.

In the process of Cassie discovering, that she was a witch, being a descendant of the Medenham Witches, being seduced, and impregnated by Azazeal, her boyfriend left the campus.

Troy (Cassie's boyfriend, who was played by The Vampire Diaries' Joseph Morgan) was convinced, that Cassie was pregnant with HIS son. Troy left Medenham Hall, at the end of the original series.

There were many twists and turns, throughout this Supernatural Horror Dramedy. If you never had the opportunity to watch Hex, I recommend it. A number of changes were made by the 2nd season, as far as the writing went.

This week, I have something different from the usual to share with you. As I stated earlier, I spent the last 2 days hunting for that scene with Azazeal seducing Cassie because it has relevance to today's blog.

Helicopter Girl "Satan's Seventh Bride" How To Steal The World (2000)

Reply Adam
6:46 PM on October 14, 2017
I loved Buffy The Vampire Slayer & Human, I love all the supernatural drama series The X-Files being my favorite.
Was only 2 seasons made of the show? I also love the song you posted it has a unique dark jazz feel to it. I will definitely check this show out this week