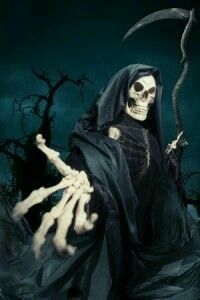 How's it going my gumdrops? Did you enjoy yesterday's Song Saturday blog? After sharing yesterday's blog, I noticed there were still others reading and +1'ing blogs I published last week.

That's not including a spambot, that refused to quit spamming the shit out of my Song Saturday blog about The Bangles. The more I deleted, reported, and told him to stop, he persisted.

This led to me disabling the comments section on that particular blog; Everyone can still comment on the rest of these blogs except "Song Saturday: The Bangles' Walk Like An Egyptian."

As a quick reminder, next Saturday night, Adult Swim's Toonami block will be doing ANOTHER Samurai Jack Marathon for the so-called "Halloween Weekend."

If you're like me, you may be asking "What does another Samurai Jack Marathon have anything to do with Halloween?" Believe me, it doesn't. It would've been more logical to air a Tokyo Ghoul Marathon. Then, follow it up with OVA 1, which is Tokyo Ghoul: Jack. At least it is a Horror Anime and OVA 1 has a Halloweenish theme to it.

Tokyo Ghoul: Jack features a ghoul, that wears a Jack O' Lantern over her head as a mask, while she's on her killing spree. I will explain more about OVA 1 next week for Cartoon Sunday.

Obviously, Jason DeMarco and The Toonami Team don't know how to schedule their programming. The fans have been complaining about next Saturday night's schedule, since 2 weeks or so ago.

On another note, I thought I would share something a little different for today. If you have a fondness for Dark Humor like I do, you may enjoy today's animated short.

This animated short was created by a Portuguese teenage filmmaker, who goes by the name of Manusfilm Studios. His real name is Manuel Ferreira. Ferreira claims that he loves "combining visual excellence with powerful storytelling."

A Deadly Visit is about The Grim Reaper paying an 89-year-old lady, named Mary Ann a visit to her house. Watching him explain to the old lady, that he is there to "harvest her life" is hilarious. She's already deaf and wears hearing aids.

Aside from Mary Ann treating The Grim Reaper like a special guest in her home, she begins justifying to him why she is not ready to die. Mary Ann is supposedly a "good person." This is where the short has an interesting twist.

Is this 89-year-old lady a good person or not? Wait until you see what Mary Ann does to The Grim Reaper. Then, you be the judge for yourself.

With that being said, here is A Deadly Visit for today's Cartoon Sunday.

Reply skeleton onsie
12:40 PM on August 19, 2018
Sweet blog! I found it while searching on Yahoo News. Do you have any suggestions on how to get listed in Yahoo News? I've been trying for a while but I never seem to get there! Many thanks
skeleton onsie https://prince-monsees.sitey.me/blog/why-you-need-buy-onesie-for-
grownups

Reply adult onesies
8:57 AM on August 22, 2018
Hello, I think your website might be having browser compatibility issues. When I look at your blog site in Firefox, it looks fine but when opening in Internet Explorer, it has some overlapping. I just wanted to give you a quick heads up! Other then that, excellent blog!
adult onesies https://wallinside.com/post-64627687-kinds-of-designs-you-could-u
se-onesies-for-adults.html