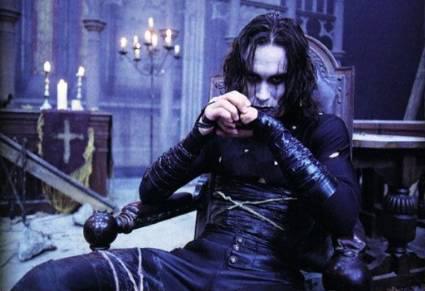 James O' Barr said, that he read Brandon Lee's autopsy report. There weren't any licensed gun professionals on the set and the crew consisted of electricians, who handled the props on The Crow set. O'Barr referred to them as being "hill billies."

Once it got to one of Michael Massee's (he played the character, "Funboy") scenes, he shot his gun and accidentally killed Brandon Lee. No one expected the guns to be loaded with real bullets.

Let's all thank those hill billy electricians for feeling the sudden urge to sneak in and out guns, that were supposed to stay on The Crow set. Thanks to them, Brandon lost his life. Everybody around him, including James O'Barr, Michael Massee, etc. had to cope with trauma and survivor's guilt.

I already watched him in Legacy Of Rage, Showdown In Little Tokyo, Rapid Fire, and The Crow. People may argue that his acting skills were "mediocre." However, I loved Brandon because he was a Martial Artist and I thought he was sarcastically humorous, as well as really intelligent.

The Crow was and still is his best movie, years later. By Brandon playing a brutally murdered character as well as dying, while he made The Crow, his death added impact to the movie and its sales.

I believe society has become a little more diversified and accepting towards Asians. There will always be those few other people, who are ignorant and racist towards Asians.

All the while, I believe American Society, including Hollywood have come a long way compared to decades ago. Here is a video of Brandon Lee's interview with him discussing Rapid Fire.