How's it going my gumdrops? Since I will be really busy this weekend, I've put a rush on Song Saturday and Cartoon Sunday. I'm sure it's already Saturday in other countries. It just turned Friday in America, several hours ago. I have to shop for my mother and youngest aunt's birthday presents. Their birthdays are next week and I'm going to dinner with my family on Easter. Therefore, I'm doing Song Saturday and Cartoon Sunday early.

Earlier this week, I debated whether or not to do a Song Saturday entry about Type O Negative (since Monday was the 4th anniversary of Peter Steele's death), or Drain STH. Because everyone hasn't heard of Drain STH both overseas and in America, this Song Saturday will be about them. Drain STH was a female, Swedish Grunge/Metal band, that formed in the 90's. In fact, the band performed on Ozzfest in 1997 and 1999 with Type O Negative and other bands. Both of Drain STH's albums Horror Wrestling and Freaks of Nature  were released those same years. I own both of those albums. I played them on my college radio show 11-12 years ago and I especially got 1 of my boyfriends from 10 years ago to love the band. As soon as he heard "I Don't Mind," he put Horror Wrestling into his CD burner. Wow! It's amazing how the time flew. LOL!

Maria Sjoholm was the vocalist of Drain STH and is married to Black Sabbath's guitarist, Tony Iommi. Maria and Tony met, while working on Drain STH in 1998 and they married in 2005. (I wonder if they're still married.) Some of us consider Drain STH to be the female, Swedish version of Alice in Chains. Whenever I hear Drain STH's song, "Mind Over Body," I can't help thinking about Alice in Chains. Drain STH was highly influenced by them. This doesn't surprise me. It's like I said last Song Saturday, Alice in Chains heavily influenced many bands of the past and present.

Drain STH disbanded in 2000. It's a shame they never completely mainstreamed. I don't recall of MTV ever airing their music videos. Although, I sometimes heard Drain STH's single's "I Don't Mind," "Crack the Liar's Smile," "Enter My Mind," and "Simon Says," as a teenager. I think "Crack the Liar's Smile" and "Simon Says" were played the most off each album. Years ago, I read that Drain STH never became a mainstream band because the Rock Industry didn't take them seriously. They were "too pretty." Talk about some sexist bullshit. According to the Metal Edge magazine's 1999 Readers' Choice Awards, Drain STH was voted "Female Performers of the Year" and "Most Underrated Band."

This Song Saturday, I present the only 2 music videos, that I've ever seen from Drain STH. "I Don't Mind" and "Crack the Liar's Smile" are both from the band's debut album, Horror Wrestling. 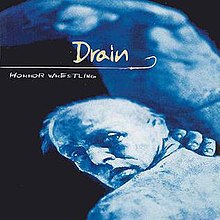 Watching "I Don't Mind" automatically reminds me of their Horror Wrestling album cover. Well, enough about the band. Here's Drain STH's "I Don't Mind" and "Crack the Liar's Smile."

Reply Jesse
4:54 PM on April 20, 2014
The Swedish have many bands that I like. That's one of the many things that I like about Sweden.