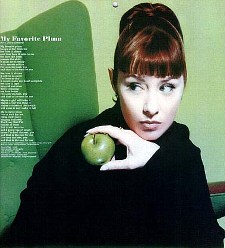 How's it going my gumdrops? I must apologize for not publishing another blog sooner. Earlier this week, I meant to publish a blog about the new home page design for It's Not All Gumdrops & Unicorns. Since I allowed myself to be sucked into the eternal drama and toxicity from other people on and offline, they drove me to becoming politically fatigued, emotionally drained, and led to my automatic disgust.

Not only have I been emotionally drained and disgusted with the chaos in our country and around the world, but also the never ending social politics that I must endure on other sites. When I say "social politics," I mean the uproarious high school popularity contests among morally corrupt adults on the Internet. Most specifically, obnoxious man-children online.

Throughout this week, I have dreaded turning on my laptop and signing into all my accounts, including my very own website to stare at more bullshit. It was not until yesterday morning, that my mood slightly lifted. I learned that VH1 Classic is now being rebranded as MTV Classic starting on Monday, August 1st. Supposedly, MTV Classic is "going back to MTV's roots."

MTV President Opens Up About Major Brand Reinvention: Music Is "Our Muse"

After reading the article above, it put a smile on my face and gave me a little sense of joy. MTV Classic will be branded as more of the 1990's version of MTV. I think it's fantastic. It's about time more networks began focusing on this particular decade.

Older Gen Xers, Baby Boomers, and extremely bratty Millennials are complaining this second about this rebranding. They need to comprehend, that there are adults in our 30's and 40's, as well as younger viewers, who would LOVE to watch music videos on music television. This is along with animation and some classic reality shows such as The Real World and Road Rules.

MTV Classic really can do without the reality shows. As much as I enjoyed watching both The Real World and Road Rules throughout the 1990's and early 2000's, reality shows in general have become extreme overkill on every local, cable, and satellite channel. Even though both these TV shows helped pave the way for some of today's celebrities and political figures, we need to have a break from reality shows.

Much like political propaganda is dominating our daily lives, the same can surely be said about Reality TV Shows. We want to see more entertainment such as real actors playing actual characters on TV shows, watching music videos on music channels as opposed to watching them online, and so on.

As a child and teenager from both the 1980's and '90s, I enjoyed MTV. The network was mostly about airing music videos, MTV VMA's, news, animation, and concert performances. During the 1990's, very few reality shows existed.

Because I am on the cusp of both Generations X and Y, I had the chance to experience the best and worst of both eras in general.

Younger Millennials were born when the Internet was just invented, if not slightly before its launch. Not every Millennial knows what it's like to use much less own a record player, tapes, landline phones, CD's, records, walkmans, discmans, VCR's, stereo equipment, pagers, etc.

Now, the younger Millennials and more recently, Generation Z, are getting a glimpse of what life was like in the 1990's because they were either too young, or were NOT yet born. When saying that last sentence, the ABC sitcom, Fresh Off The Boat is the only TV show right now, which is basically a "throwback" to what life was somewhat like, during the 1990's.

For years, I have been waiting for a series like Fresh Off The Boat to be aired on local networks for younger viewers to see what the '90s were about. After reading today's blog, some of you may now be questioning the content I share here on It's Not All Gumdrops & Unicorns. You may be wondering this:

Is Anna's entire purpose of her site about trying to show her readers what MTV was like, during the 1980's and '90s?

Not exactly. Although, the more I really think about it, I cannot help admitting that MTV from the 1990's contributed to my influence. Overall, I have always been about entertainment. This especially applies to music and animation.

I always loved being entertained, entertaining others, and exposing my audience to other sources of entertainment. This includes writing stories, which was originally why I built this website.

Speaking of music, the '90s, and stories, a long time favorite song and music video of mine comes from Suzanne Vega. Her song "Tom's Diner" was written around the same time I was born (between mid-1981 to mid-1982).

The original release of the song was in 1987. Then in 1990, 2 British record producers, Nick Batt and Neal Slateford (better known as "DNA") released the remix of "Tom's Diner."

Growing up, I have always loved the remix of "Tom's Diner." It's a song that not only tells a story, but also makes you want to dance. I will even go as far as saying, that "Tom's Diner" also has a seductive tone to it. With that being said, here is Suzanne Vega featuring DNA with her song, "Tom's Diner" for today's Song Saturday.

Reply Susan Leighton
12:15 AM on August 17, 2016
I know I am late to this post, Anna. Sorry you were having a rough go of it. Tom's Diner is a TERRIFIC song. Around that time I was also digging Hippie Chick by Soho which samples The Smiths, How Soon is Now? BTW, I like the look of your site! Cheers.

Reply Anna H.
12:37 AM on August 17, 2016
Hello Susan and welcome! I know exactly what you mean. Now that you bring up Soho, I do have her on an '80s music compilation. As soon as I heard "Hippie Chick," it instantly reminding me of The Smiths' "How Soon Is Now?" Thank you and I'm glad to see you here!