[RANT] Been Banned From Google Plus!

How's it going my gumdrops? Did you read my e-mail notification or the status updates on social media? In case you missed it, you're gonna love this. After nearly 2 YEARS of being a part of Google Plus, sharing my content, and growing a following, my original account has been banned. This happened last Sunday night.

Imagine being blocked from posting to and sharing with everyone and ANYTHING on your own facebook wall. At the same time, friends and followers are still liking and sharing your content. THAT'S what I'm currently dealing with on Google Plus.

Having to contact Google Plus' Help page was as unpleasant as fighting with Adult Swim's former head moderator, who LOVES leaking our personal information and anonymous reports to trolls out of spite.

Earlier this week, I was flamed by some contemptuous prick from Australia. I think he is an employee/volunteer at Google Plus. Regardless, he has an atrocious disposition. He spent most his time berating and condescending to me and needed to have THE LAST WORD.

That prick went as far as cussing at AND berating me like I was some 5-year-old. It feIt as if I was in the middle of some flame war with a troll. His need to be hostile, rude, condescending, and belligerent was so insufferable, that I had to disable the comments section on my post.

I simply wanted to know WHY I was banned. That flame baiter tried goading me into a flame war and turned a simple question into an argument.﻿

If he does actually work for Google Plus, he needs to be fired ASAP! I made sure to confront him about his atrocious disposition. He apologized, then reverted back to type within a matter of seconds.

While that prick from Australia was so busy berating and condescending to me, I told him that he was acting very unprofessionally and that his customer service skills were terrible.

After nearly 2 YEARS, I am suddenly accused of "spamming" on Google Plus? Not only am I accused of spamming, but I am also accused of supposedly "messing with Google Plus' algorithms."

Are the people working at Google Plus aware of the fact, that their entire social networking site is a state of confusion much like Tumblr and is a last resort site, which SPAMS their users like MySpace? 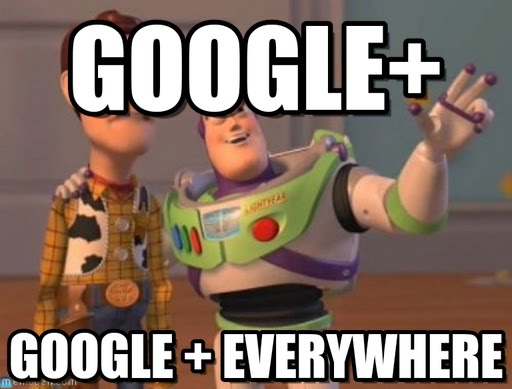 If you need further proof of what I am saying, watch this video by YouTube vlogger, Onision. Even HE knows that Google Plus' entire layout is user unfriendly and looks like The Hot Mess Express Train.

Now, that the site has been "upgraded," there have been so many glitches we can barely post and share anything. Google should be glad that anyone bothers to use their social media site.

Most people, including blogger/entrepreneur, Derek Halpern told me last year, that Google Plus was "a waste of time." After last Sunday night's temporary banning, I am starting to believe that Derek is right.

It honestly would NOT surprise me if that prick's disposition alone drove away MORE users from Google Plus. He's more of a detriment to that social media site than yours truly. Here's the real kicker:

The latest Cartoon Sunday blog about JoJo's Bizarre Adventure is STILL getting +1's, even though I have been banned for going on 2 weeks.

If people on Google Plus had such a HUGE problem with me sharing my content, why weren't they more vocal about it? Let me guess, snowflakes became "triggered" and clicked the "Report" button because they felt that their "safe spaces" were invaded.

Besides +1'ing and sharing Horror and Anime art, I post and share my blogs to MANY communities on Google Plus. I mostly belonged to communities for Horror fans and writers, bloggers, music, and animation fans.

There were only a few Horror communities I more recently joined that removed me, so far. Otherwise, I have NOT had a single problem with ANY community, until this month.

Banning me from sharing my content to my niches, much less posting and replying to anything on my own wall is ridiculous. With this ban being put in place, it will surely hurt my page views and social interaction with friends and followers.

This means I must find and join a better social networking site and submit It's Not All Gumdrops & Unicorns to more backlinks for self-promotions.

Considering all the insults, that have been hurled at Google Plus by most people, over the last several years, Google is lucky that anyone bothers to use their search engine and social media sites.

Here are 2 more vlogs by Echo Gillette and Watch Mojo criticizing Google Plus.

Had I known that Google Plus was so nit picky and had such hypersensitive users on their social networking site, I wouldn't have wasted my time. Because some writing companies found a little value in the social media site, I gave it a chance and made some progress.

If it is NOT a necessity, I really do NOT want to join Twitter. I am beyond politically fatigued and had more than my fill of dealing with trolls on facebook and Adult Swim. Therefore, I must find some better resources.

In the meantime, the best ways to HELP ME would be to read, like, subscribe, share, +1 on Google Plus, and commenting on my blogs. I have put my blood, sweat, tears, and pride into building this website and publishing my blogs for the last ~4 years.

Without your support, I have NOTHING.