About The Short Story Trilogy I Recently Submitted To Writer's Relief 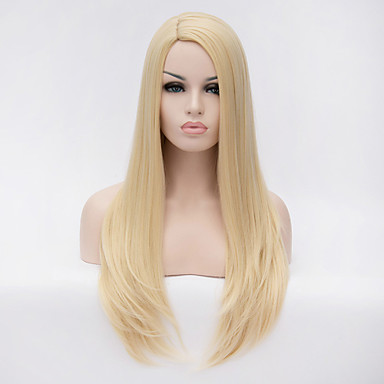 HAPPY HALLOWEEN GUMDROPS!!! It appears that the engineers are STILL unable to fix the eternal glitches on Webs. Webs is partly why I stopped blogging on It's Not All Gumdrops & Unicorns this year.

As some of you already know, it has been a tad over a month, since I last published a blog on It's Not All Gumdrops & Unicorns. A long overdue blog update was published on OMG, Anna! What's Going On?! 2 weeks ago.

When visiting OMG, Anna! What's Going On?! make sure to click the following blog link:

Even though I have not published more blogs this year {especially for October 2018}, doesn't mean you can't watch, listen, and read previously published blogs. On It's Not All Gumdrops & Unicorns, there are 5 years worth of content.

In addition, here is a Cartoon Sunday blog that was published 2 weeks after Halloween last year.

In case you didn't already know, I submitted 3 of my short stories to Writer's Relief for reviews. "Maliciousness," "The Bill Collector," and "Psycho Vs. Psycho" were the 3 short stories I submitted.

Because all 3 stories are centered around the character, Alice I view them as being The Alice Trilogy. The first 2 short stories were written 12-13 years ago for Creative Writing. Both were bound to my Carthage College chapbook but are unpublished.

When you really think about it, those 2 particular stories are parts 1 and 2 of "The Bill Collector." At the same time, "Psycho Vs. Psycho" could also be seen as the conclusion to "Maliciousness."

In "Maliciousness," Terry went as far as tricking Alice into eating an Oreo Cookie, that he previously had in his mouth. Terry sucked the cream filling out of the Oreo, stuck it back together, and fooled Alice into eating it, when they were 2nd graders.

As the years progressed, Alice had time to swear vengeance against Terry and their so-called friends, Tiffany, Carrie, and Drew.

Considering that Michael Dimitrius Peyton was Alice's high school crush/prom date at the time, she did not expect his deception.

It was not until their prom night, that Alice overheard Mike colluding with Terry over his cell phone about taking her virginity. Those 2 lowlives betted on Alice losing her virginity to Michael.

After she lost her virginity to Mike, he bragged about it in his cell phone message to Terry. That bet was the worst prank they ever played on Alice. However, Terry and Mike did not get the last laugh.

Both antagonists squandered years seething over Alice and began referring to her as "Malice." Although, Mike carried his vendetta towards Alice 3 years after high school.

Michael Dimitrius Peyton mostly spent 3 years seething over Alice's malicious intent towards Tiffany, Terry, Carrie, Drew, and himself. After what she did to them, Mike felt compelled to retaliate against Alice 3 years later. He had his half-brother, Greg stalk her by posing as a bill collector named "Larry," in "The Bill Collector."

While sending Alice and her boyfriend, Damon harassing phone calls about supposedly having delinquent payments on her laptop, Greg becomes madly in love with Alice in "The Bill Collector."

In "Psycho Vs. Psycho," Alice is unexpectedly reunited with her old high school crush/prom date. In this particular short story, readers should expect murder, mayhem, mystery, dark humor, and fights.

Hopefully, you enjoyed today's blog. I managed to squeeze in time from my hectic schedule on HALLOWEEN to explain about the short stories I submitted to Writer's Relief.